As an NVOCC operator and a Freight Forwarding company, we have a long history and a strong set of values

Our founder Emil Stephensen established his freight forwarder company in an office on Amaliegade 31 in Copenhagen near what was then called Copenhagen Freeport.

To highlight some historical facts, it is worth mentioning the company’s first managing director August Gihm. He was a far-sighted director and became, quite impressive, the co-founder of the Danish Freight Forwarders Association, established in 1909.

Later in 1950, in the process of changing the company business area to becoming a liner agency, we decided to change the company’s name as well.

The charming story behind changing the name

The story begins with our telephone operator, who shortened the name to ‘Esteph’ when greeting incoming callers. This behaviour led to more people using Esteph as the name along with the official name.

Then, when entering the new business area of liner agency, we decided to use ‘Esteph’ as the name for our company.

Today we are again Freight Forwarders now also as NVOCC’s, which has led us to adapt our name once again – to ‘Esteph Logistics’.

In 2018, we became an agent and commercial representative for CargoGulf, one of the largest NVOCC operators in the world.

This partnership has enabled us to expand our shipping services to freight forwarders in Denmark and around the world.

Our NVOCC division offers worldwide solutions for smaller shipments – both LCL and FCL.

The circle is complete

Read about our data protection and personal data policy here. 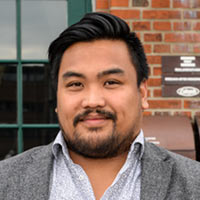 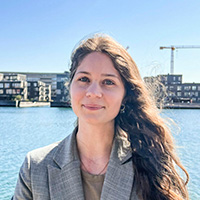 Visit our LinkedIn page to see our latest news and company updates.
Esteph Logistics on LinkedIn

To provide the best experiences, we use technologies like cookies to store and/or access device information. Consenting to these technologies will allow us to process data such as browsing behavior or unique IDs on this site. Not consenting or withdrawing consent, may adversely affect certain features and functions.
Manage options Manage services Manage vendors Read more about these purposes
View preferences
{title} {title} {title}